How To Try Again After Failing To Make Contact With Spirit

As an Amazon Associate I earn from qualifying purchases.

How to try again after failing to make contact with Spirit

Learning to try again after failing to make contact with loved ones on the other side is probably one of the biggest hurdles we’ll face in the experience of life after loss.

I remember years ago I asked for a hawk feather from my brother as a sign that he was with me. When I immediately walked outside and couldn’t find any kind of feather anywhere – not even a little fluff from my jacket or anything – I was devastated.

On one hand, you know that it takes time to receive signs from loved ones on the other side. On the other hand, you just want what you want right now, especially when you’re having an especially hard day.

Asking for a sign or message from a loved one on the other side is such a vulnerable thing, and you can feel really over-exposed. So then when you’ve done the brave thing and you don’t get the result you wanted, how do you pick yourself up and try again?

How soon should you try again?

As for how soon after experiencing a failure we “should” start trying again, it depends on the circumstances. But generally speaking, there are three things that should happen before you dive back in:
First, acknowledge how you feel about it, and let yourself actually feel it in your body (whether it’s anxious tightening in the throat and chest, crying, fatigue, etc.). This might take a few minutes, or a few days, but if we skip over or suppress the emotional response, it’s just going to come back in a bigger way down the road and can create more problems. The body doesn’t forget.
Next, put some time and energy into objectively reviewing what happened; is there something you might have overlooked when you were in the thick of it? Something you want to try differently next time? Someone who can provide guidance, or another resource you can look to for support? Coming from a place of resourcefulness is key. Don’t just try the same thing exactly the same way – you’ll get the same result! Pick one thing to change, and just remember that you’ll figure it out if you keep showing up.
Finally, once you’ve completed the first two steps, jump back in before you “feel ready”. A lot of clients will stall out thinking they need to miraculously feel more confident and ready to move forward before they begin again, but that feeling comes from taking action, not sitting still, so let that myth go. The secret to learning to try again after failing at spiritual contact, or anything at all really, is to begin again before you’re ready.

Getting into the “observer” headspace and looking at it like it’s part of the movie you’re watching of your own life – if you think about your favorite movie that you’ve watched multiple times, the hero doesn’t have a smooth ascent to triumph – there are ups and downs, but you don’t get caught up in it because you know the story ends well, and the breakthrough is around the corner, but not without effort. So in your own life saying something like “OK, this is the part where I failed, which means I’m that much closer to achieving my goal” or “I got the failure part out of the way, so I can keep moving forward now.”
In the case of the feather experience, the word rejection felt a bit more applicable than failure, but the concept is the same – you get knocked down, you get back up. Eventually I learned to try again after failing to find a feather by started to think about it like every time I went for a walk and didn’t find a hawk feather, I was that much closer to receiving the feather – I had to go through the times that didn’t work first.
The idea of self-compassion is such a radical thing for so many people, and I think that’s at the heart of why people might give up after coming up against a failure – there’s a fear that if you’ve failed, it means you’re not worthy of love or safety or acceptance – so I encourage clients to take baby steps towards cultivating self-compassion, which helps them learn to approach failure as an event rather than a permanent state of being. Saying something like “I trust myself enough to take care of myself when I fail” is a good place to start – you’re not saying you’re never going to fail, but rather you’re acknowledging that you will experience failure and that you will protect and advocate for yourself when it happens.
I committed to taking care of myself and being nice to myself even in the moments when I felt less connected to the other side because I wasn’t getting *my* signs on *my* timeline.
A few months later, my in-laws came to visit. They brought a bunch of stuff from my husband’s childhood, that they’d been storing in their basement, and now wanted us to store in our basement (this is what happens when you buy a house, I guess?)
My mother-in-law was pulling all of these childhood artifacts out of a giant storage bin, and she grabbed a tiny wooden box and brought it over to me.
Emily, I thought you might want this. Alex used to keep his bird feather collection in it when he was little, but maybe you can use it for jewelry or something.
After they left, I opened the box. My hawk feather had been delivered right into my hands, gift-boxed for me, when I let it go and let Spirit do its thing. 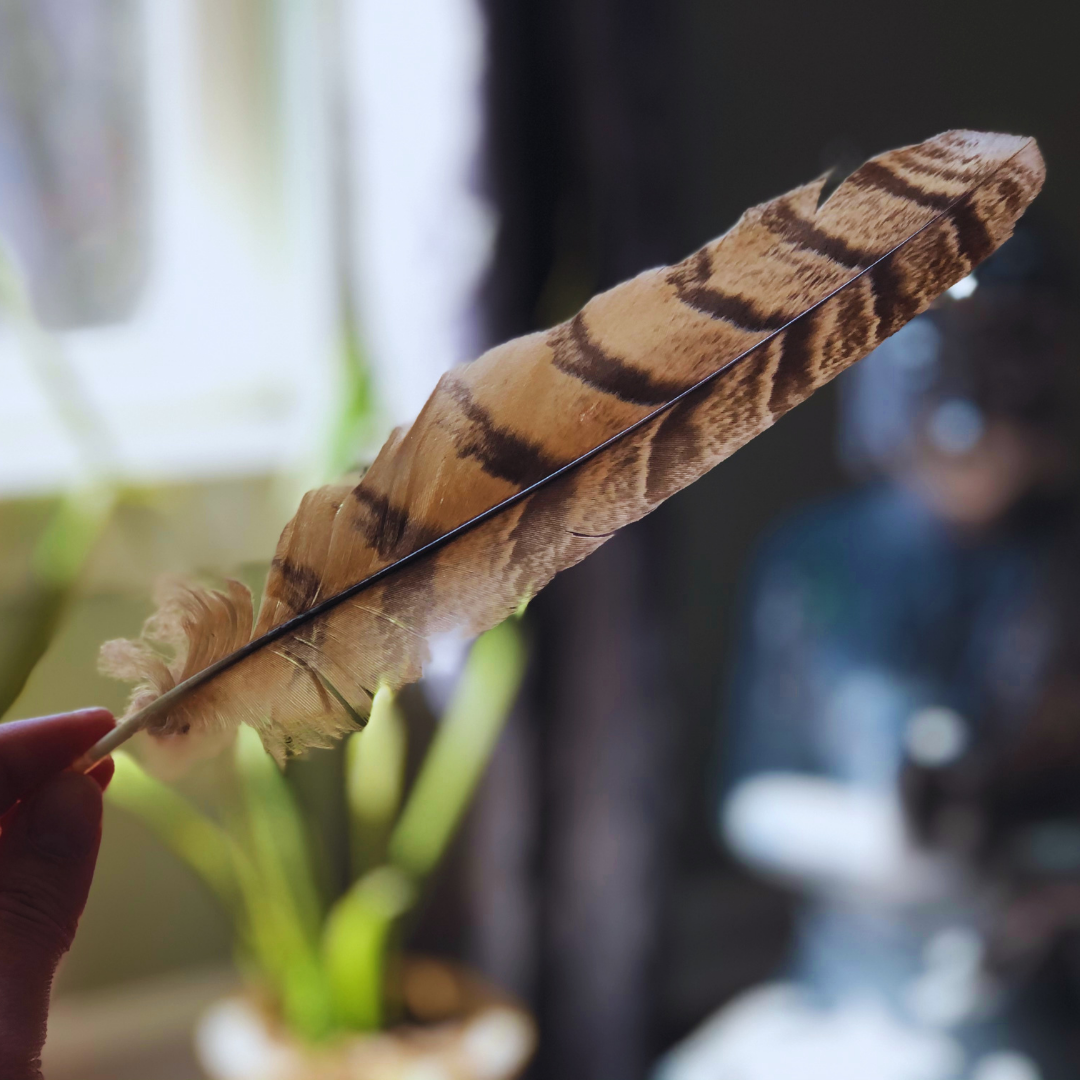 But what if you’re truly stuck and not wanting to try again after failing?

It’s counterintuitive, but the confidence comes after you start taking action, rather than before. So it’s critical to keep moving forward even if you don’t feel fully confident yet, but that can be hard! For me, I kept going for walks, thinking that was the only way I’d find a hawk feather (makes sense that they’d be outside, right?)

With spiritual connection though, the timing is not always up to you. Remember that you can protect and care for yourself no matter what comes. If you’ve journalled, read some motivating books, listened to some inspirational podcasts and are still in complete paralysis mode, that’s when a coach, therapist or other supportive professional can help nudge you forward with more hands-on tools, resources and insights. Sometimes you just need someone in your corner who can see your blind spots.

Take care of yourself always, and remember that you’re not a failure, you’re having an experience of failure that only lasts a moment. And each moment is an opportunity for something new to come. 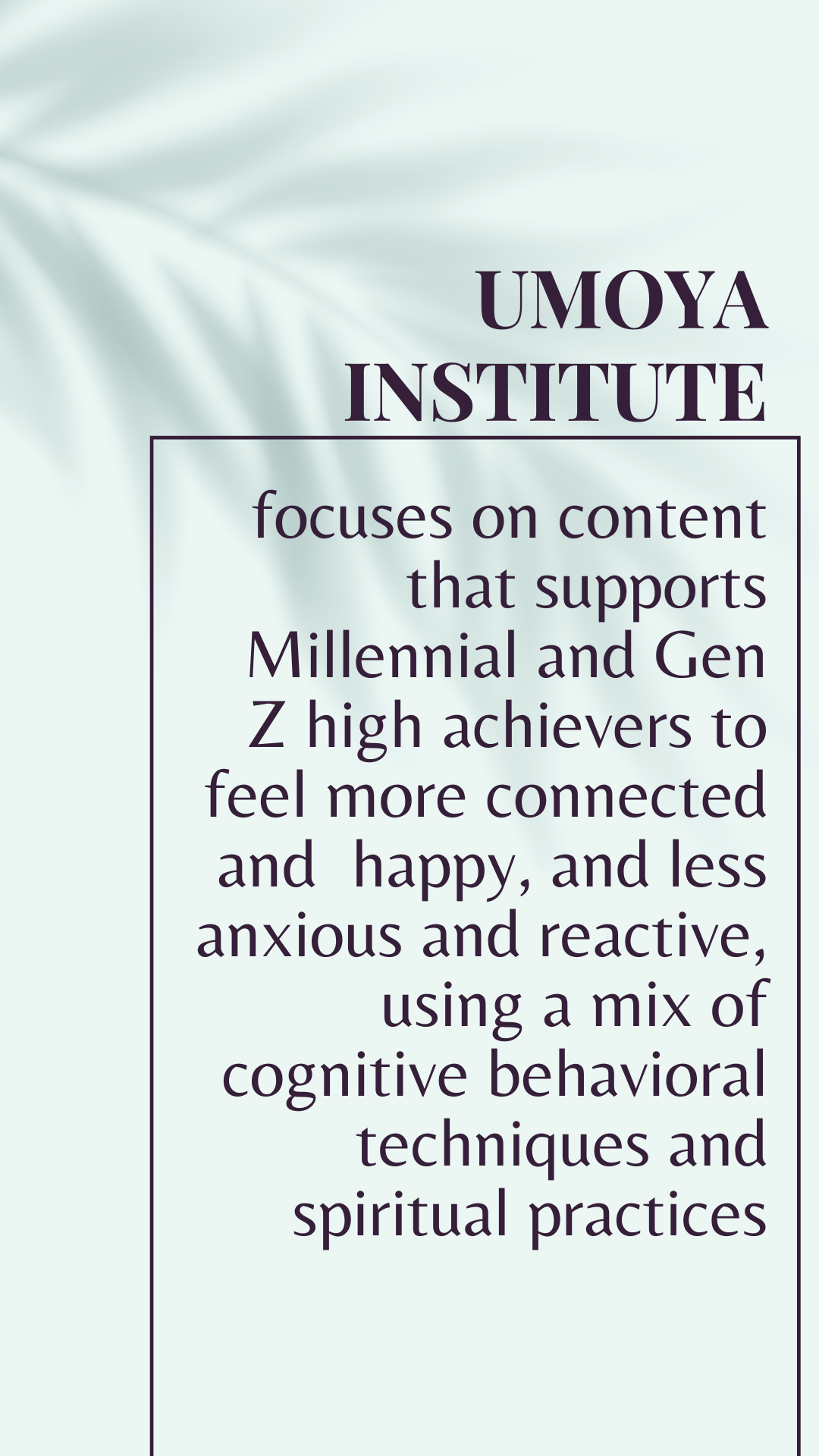 Unsubscribe anytime (not that you'll want to!)

Join us to learn how to consistently connect with your departed loved one on your own terms, with this free guided meditation download. 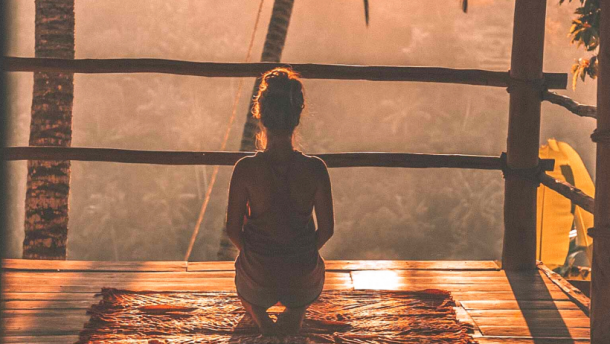 Thanks so much - you're in! Check your email (including promotions/social!) :)

By signing up, you are consenting to receive emails from us and agree to our Terms & Conditions.